It’s been a while since we’ve made a wedding info blog and we thought first dance song ideas sounded clean & fresh! So when we got married, we wanted a song that nobody else would really have. We didn’t want anything to alternative or irrelevant. We wanted it to be cute and ‘weddingy’ but not something EVERYONE else had.

To be honest, at the point when we got married, we had only shot 2 weddings ourselves, so didn’t have much to go off!

I made a list of a mix of both mine and Ant’s choices and thought I’d share the lists with you now! I’ve included the YouTube links to those songs so you can get a little taster for yourselves!

Love Of My Life – Queen

Listen. I’m not completely obsessed with lyrics and meanings being relevant, but a song that opens with that beautiful guitar and the words ‘Love of my life’ sung so amazing by Freddie M. Well… it’s all over my friends, you’ve won me!

There are a number of Queen songs I’m obsessed with and with the films recent release I am hoping to hear this at a few weddings in 2019!

I especially love this Live version. There’s something so magical about that crowd that makes me think that a band performing this live, would be just MAGIC.

Haunting, beautiful, THE LYRICS! Okay, sometimes I am a sucker for the lyrics..

I love that it was featured in Baz Luhrmann’s Romeo and Juliet which is just the most flamboyant, colourful film ever (if you forget the tragic bits).

There’s been a remake by Beyoncé which adds a modern twist on it, but you just can’t beat the original!

However, I’d say it’s one of those songs that you’d have to have some sort of super intricate and romantic dance moves to do it justice though, so get contacting those dance tutors!

The Greatest Showman soundtrack is a winner on countless levels, but this song in particular took my fancy and may have caused me to shed a tear or two.

It’s got such a beautiful waltzing tone to it and the high notes are just smooth and beautiful and… Just listen to it!

If you haven’t seen the film yet… Get watching!

If you’re a fan of New Girl or (500) Days of Summer and anything with an old time vibe, then Zooey Deschanel’s voice will make your wedding day!

This song is super cute and has a real classic tone and melody. Has a lovely 1950’s vibe and is just super sweet!

Grow Old With You – Adam Sandler

I do like songs from films, so this is a classic. I’ve loved this ever since an 80’s clad Adam Sandler burst out into song on the airplane

It beats the song about Linda…

Another film song, well what do you know?!

I loved Forgetting Sarah Marshall it’s a classic in our house and a go-to whenever I’m feeling sad.

But following on (kind-of) from that film was Get Him To The Greek and I absolutely adore the lyrical, language & comedic genius that is Russell Brand so this was very almost a contender for our first dance.

It’s not for the faint hearted, with some heavy lyrics, but to be honest the melody is so beautiful that I don’t think people would really get onto the context!

Okay, so I was a mega latecomer to the magic that is Back To The Future.

For YEARS Ant had told me repeatedly that I’d love it and I’d always reply with ‘it’s over hyped boy crap’ – This from a fan of Ferris Beuller’s Day Off??!!

So I got my fuzzy slippers on, made a Horlicks and settled in for a 3-part movie night. Got to the first film and this song came on and the scene and I was just in love!

I love Neil Diamond, like so much! (You can blame my Dad for my eclectic taste in music) And I think that this song is a bit of a tear jerker and I think it’s making a comeback.

Like I can imagine it was all the rage in the 80’s and I think it’s underrated now and would make all the 70’s and 80’s babies have a whinge and give them a kick of nostalgia.

Also, wouldn’t be surprised if this song was used in a film somewhere…

Another film soundtrack… sorry! But this one is for my alternative couples with a love for films and really want something a bit different but that’s just as beautiful as any other song on this list.

I love this song.

You’d need a big tune on straight after this though to keep that dance floor filled!

Okay, so we’ve established that I definitely am a fan of songs from films.

This film was just intensely beautiful. And I love the concept of this song for a first dance ‘always remember us this way’ like when the times get rough, remember exactly how you were on your wedding day.

I think that’s a good song to go into marriage with. Most definitely.

We Can Always Come Back To This – Brian Tyree Henry

Right, if you haven’t watched This Is Us, you need to! And you will completely understand why I would want this song on this list.

The story of this song in series will just make your heart ache! Ah GOD! I am done! I’m going to watch This Is Us and have a good cry!

You might remember Ryan from 2012’s Britains Got Talent, in which he wowed the audience with this song about a girl he was in love with

and for a young lad to make such a bold gesture on national TV, well I was LIVING for it!

Anyway, I was loving this song to bits and a year later I had once heard this song on the radio or anything, just on YouTube (it wasn’t even on Spotify at the time!)

and we went ring shopping a few weeks before our wedding and literally as I walked in the shop, it came on!

I was so taken aback and I was like YEP this is our song! And it’s not everyones taste but it’s cute and it’s very us! (and luckily I haven’t heard it since!)

With or Without You – U2

Does anything else need to be said about this song other than F.R.I.E.N.D.S?

But aside from that, this song has a slow build up for all the romantic-ness and then it turns into a bloody ANTHEM which will have all your guests jumping onto the dance floor!

Lover of the Light – Mumford & Sons

This song has a similar build up like With or Without You, it has everyone wanting to join in with singing and dancing.

It has more of a folky vibe and who doesn’t know the words to this song? I’d say it’s a classic romantic, but not cheesy, song.

Didn’t I – The Delfonics

I first heard this song in the film Jackie Brown, so it didn’t immediately hit me as a first dance song.

However, troweling the internet looking for ‘not so popular’ love songs brought this one to my attention – The film is brilliant by the way!

(I’ll say that about most Quentin Tarantino films though)

Kimmy dragged me along to see the Phantom of the Opera when she was a few months pregnant with Ivy.

I wasn’t really into the idea, but felt like I couldn’t say no.

But, this musical and the entire soundtrack has become one of my absolute favourites and we’ve since watched Phantom countless times!

We also had a good dance to this lovely song together in our front room!

I particularly like this version by Michael Ball & Sierra Boggess

Giving us a good 80’s feel is Journey.

This song had to be on here, it’s similar to one or two on Kimmy’s list but we really do like our 80s jams!

And it’s a lovely romantic ballad with fantastic lyrics… a bit of cheese, I will admit but I think this would suit a retro couple who give zero fucks what people think!

I’m With You – Avril Lavigne

This song is for you emo kids out there who need a jam to suit your aesthetic.

But it’s also for the cool kids, going through some stuff who just want a flash back to early noughties!

I’ve got to admit with this one that I have a sentimental attachment to my mate Lionel.

We listened to his albums when we first started dating and I wanted Kimmy to think I was a sensitive and romantic soul – which turned out to be a truth, who knew?

There’s a number of songs you could choose by this gentle fella, but I feel like this one is spot on for a first dance.

Have I Told You Lately – Van Morrison

This song has a real sentimental story behind it for me.

I used to come home from college as a kid and find my Mum and Dad pottering around in the garden, or sitting on their deck chairs, even after the sun went down listening to songs like this.

This one definitely stuck in my mind as one of their songs and defined them as couple.

We actually had this as one of our songs throughout the wedding day, along with Have I Told You Lately and Kissing You by Des’Ree.

Kimmy loves Shakespeare and I love Dire Straits and when I hear this song it reminds me of marrying the love of my life.

Would be an amazing first dance, really something different. 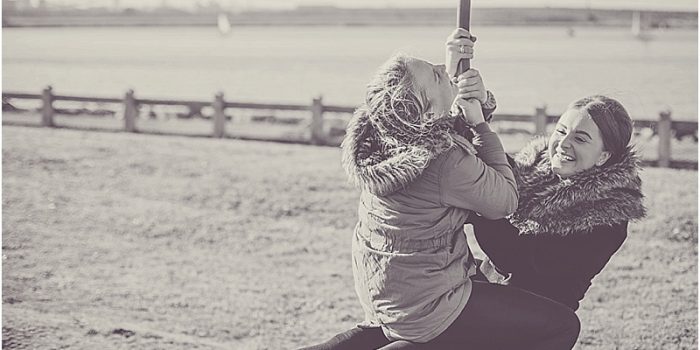 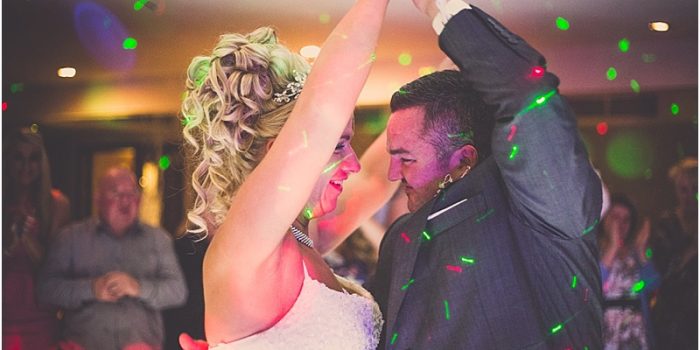 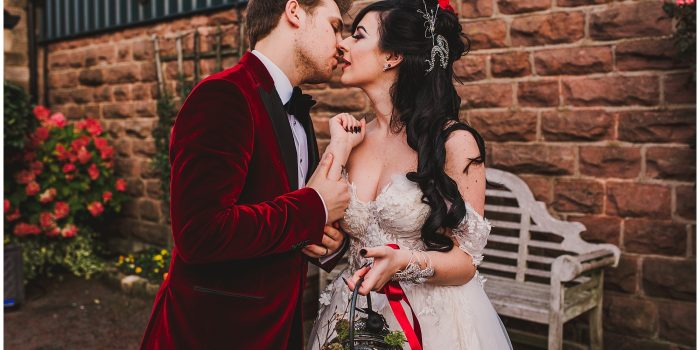