How to have the BEST Best Man’s Speech

Much like the King’s Speech, the pressure is well and truly on you when you have to speak at your friends wedding.

The Father of the Bride needs to speak about his beloved daughter, The Groom needs to thank everyone but you… you need to make them laugh, and maybe cry.

There’s a lot at stake… Your dignity, your manhood (not literally) and your pride of being ‘top at bantz, mate’. 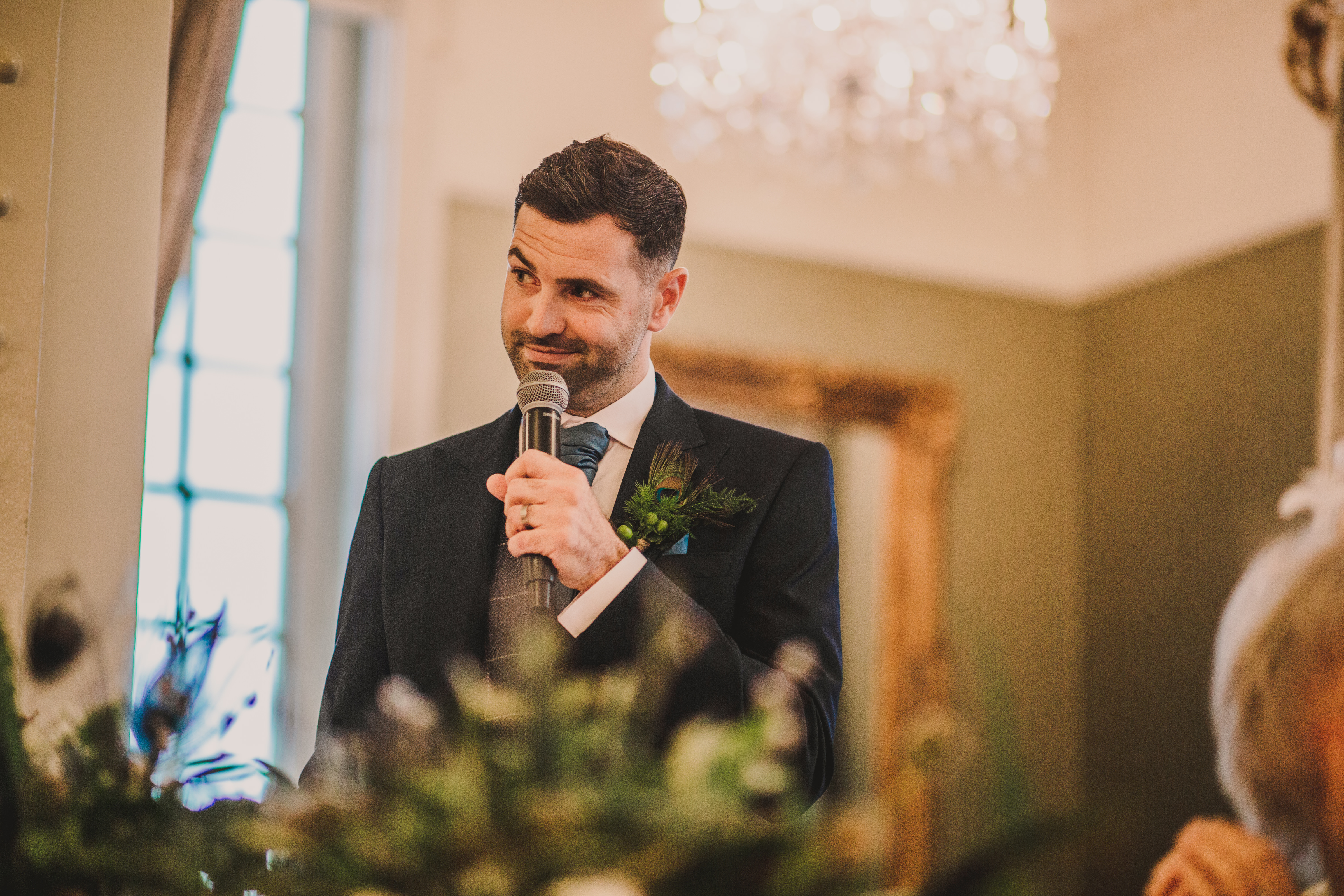 I was going to start this blog post by saying DON’T LOOK ONLINE, but not only do I disagree, it’d also make you click off this page, which is not what I want you to do.

I’m a definitely good person to talk to about this subject because I have been to countless weddings now and I have sat through many a Best Man’s (and Woman’s) Speech.

I’ve photographed the top table’s reactions and the guests responses to speeches and feel like I have enough to say on the subject to write a blog post. 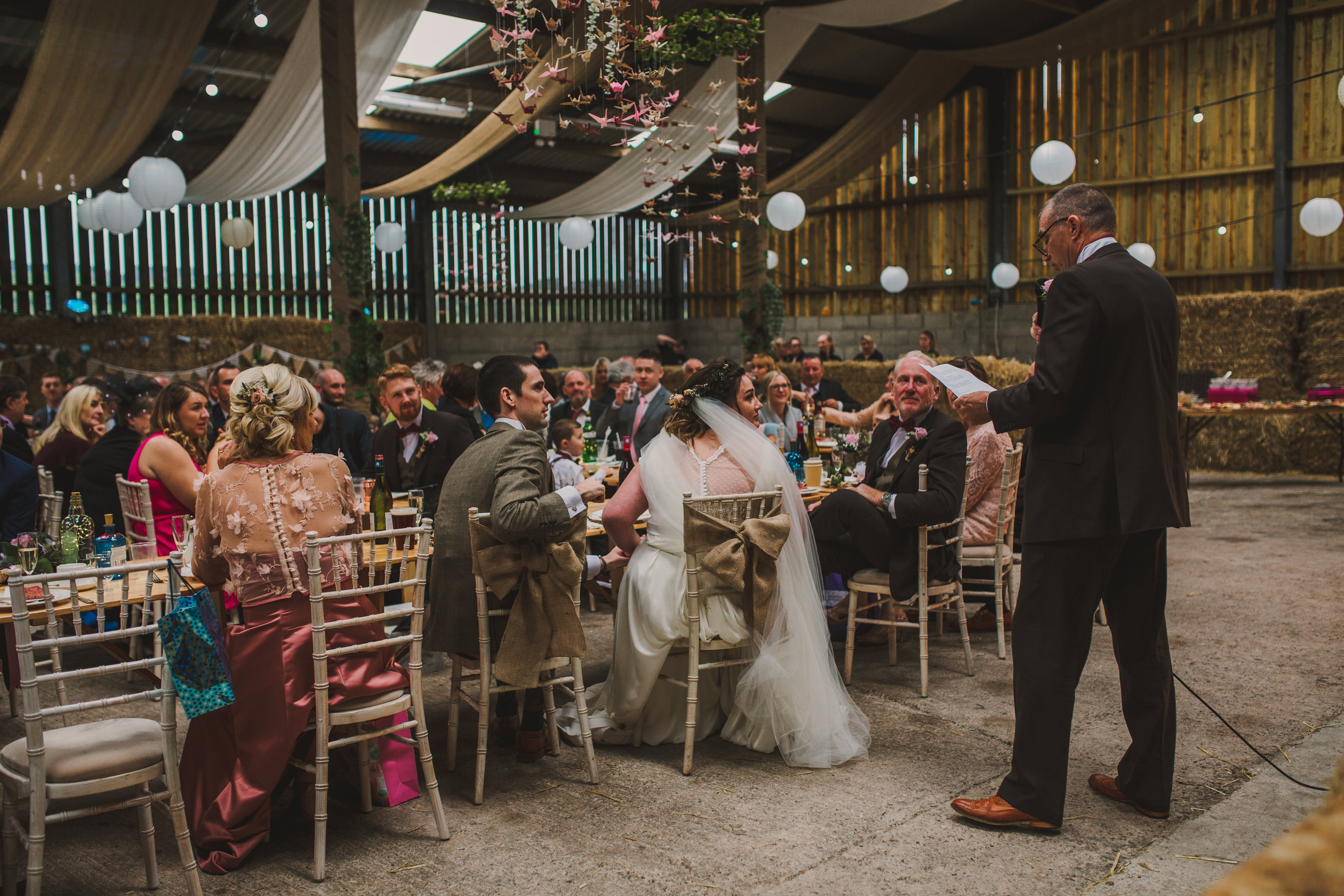 I’m not here to judge past Best Men, I understand that Google is an easy tool and some of the jokes are funny.

What you have to bear in mind is that around this time in your life, a lot of people are getting married, and a lot of Best Men have written their speeches based on a template from Page One of Google Search Results.

That’s the way you should go if you want a sympathy chuckle and some rolled eyes.

I swear, you’d be shocked at the amount of times I’ve heard (ironically or not) ‘it’s been an emotional day, even the cake is in tiers!’ (Why have I just laughed)

Now I am a lover of a good cringey Dad joke, but this shit takes the biscuit!

However… I do love a good bit of innuendo, so this one is always a winner for me

‘I’ve been instructed to keep this speech smut-free, so if I come across any innuendo as I’m reading through, I’ll whip it out immediately.’
BOSS. 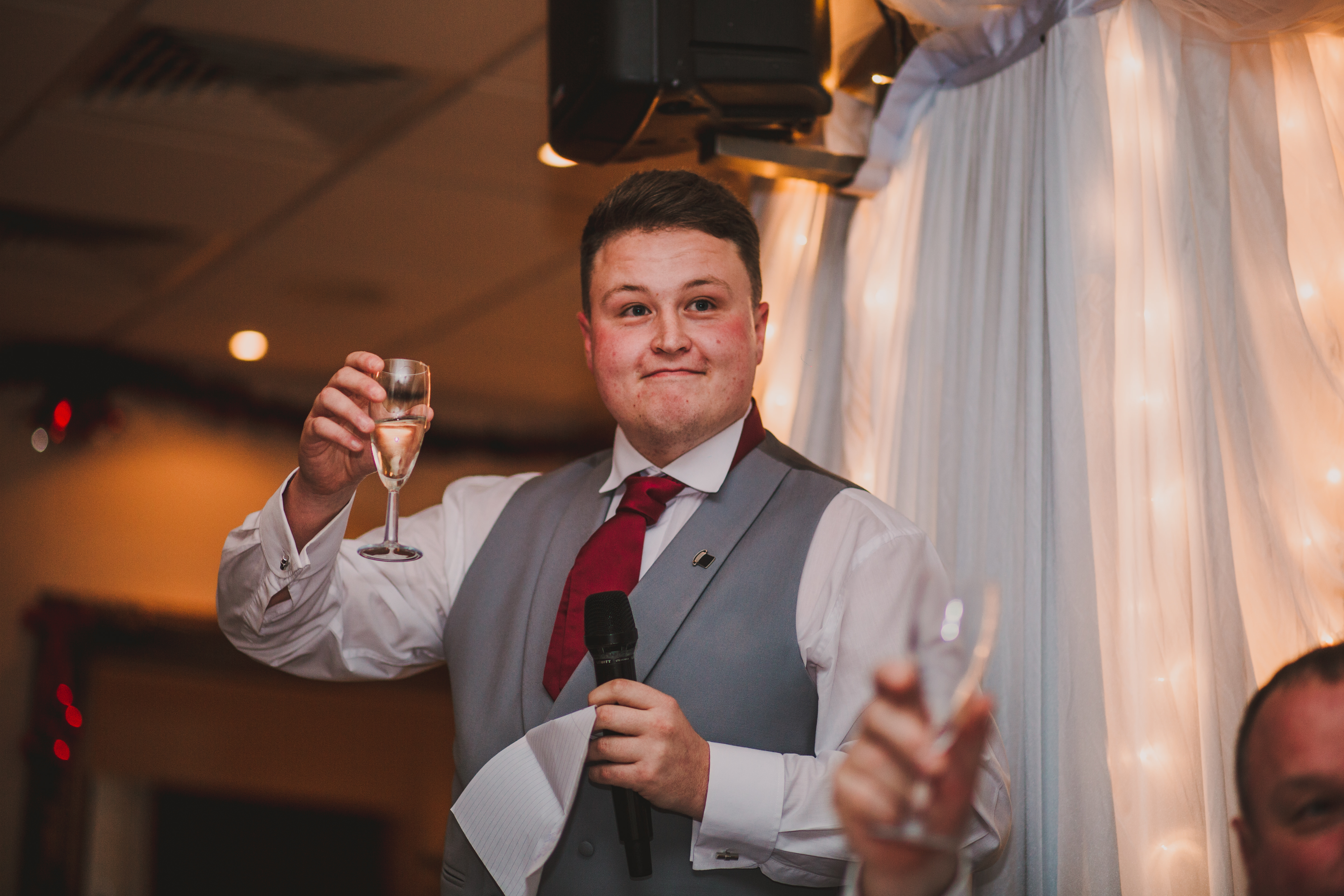 So what does make a good Best Man’s Speech? Below is a good formula based on some of the best speeches I’ve heard:

You need to start as you mean to go on. If you lose them in the first sentence, you’ve lost them for good, kid.

If you’re speaking after the Groom then you’ve pretty much got free reign, people have got bored of him handing out flowers and gifts, and thanking everyone. They’ve probably had a few shots during that so they’re primed and ready for you.

If you’re speaking after the Father of the Bride then be a bit more chill, guests are still recovering from his stories about his little Princess now being a QUEEN.

People have probably just been really moved by his speech, so keep it chill. 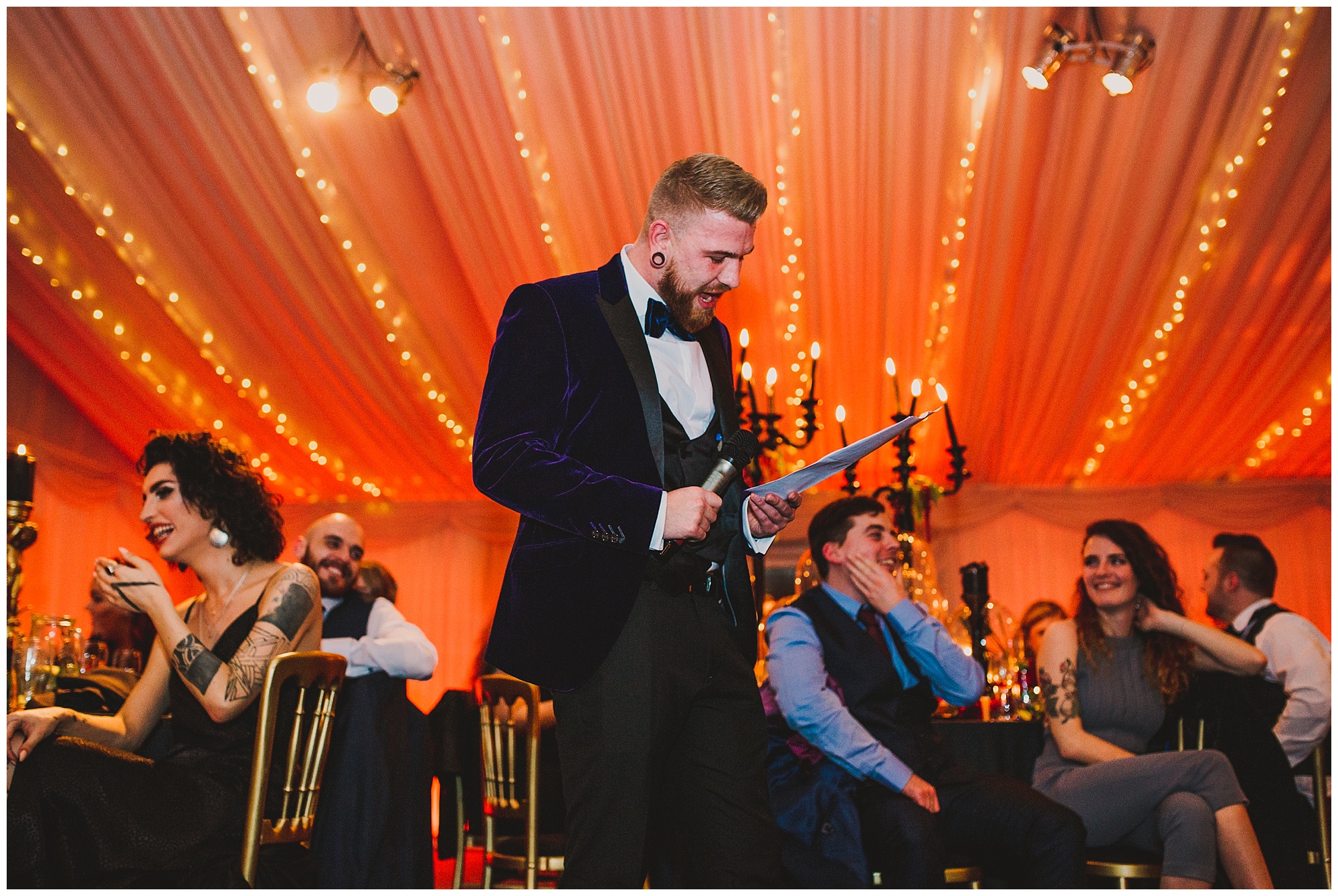 So the bride and groom, and some absolute lads from the stag ‘wheeeeyyy’, know who you are but Nana Margaret and Betsy the third cousin with the resting bitch face haven’t got a clue who you are.

This feeds nicely into saying how lovely the bride looks and then mention the bridesmaids, maybe give them a little toast for all their hard work organising the hen do and keeping the bride mellow. 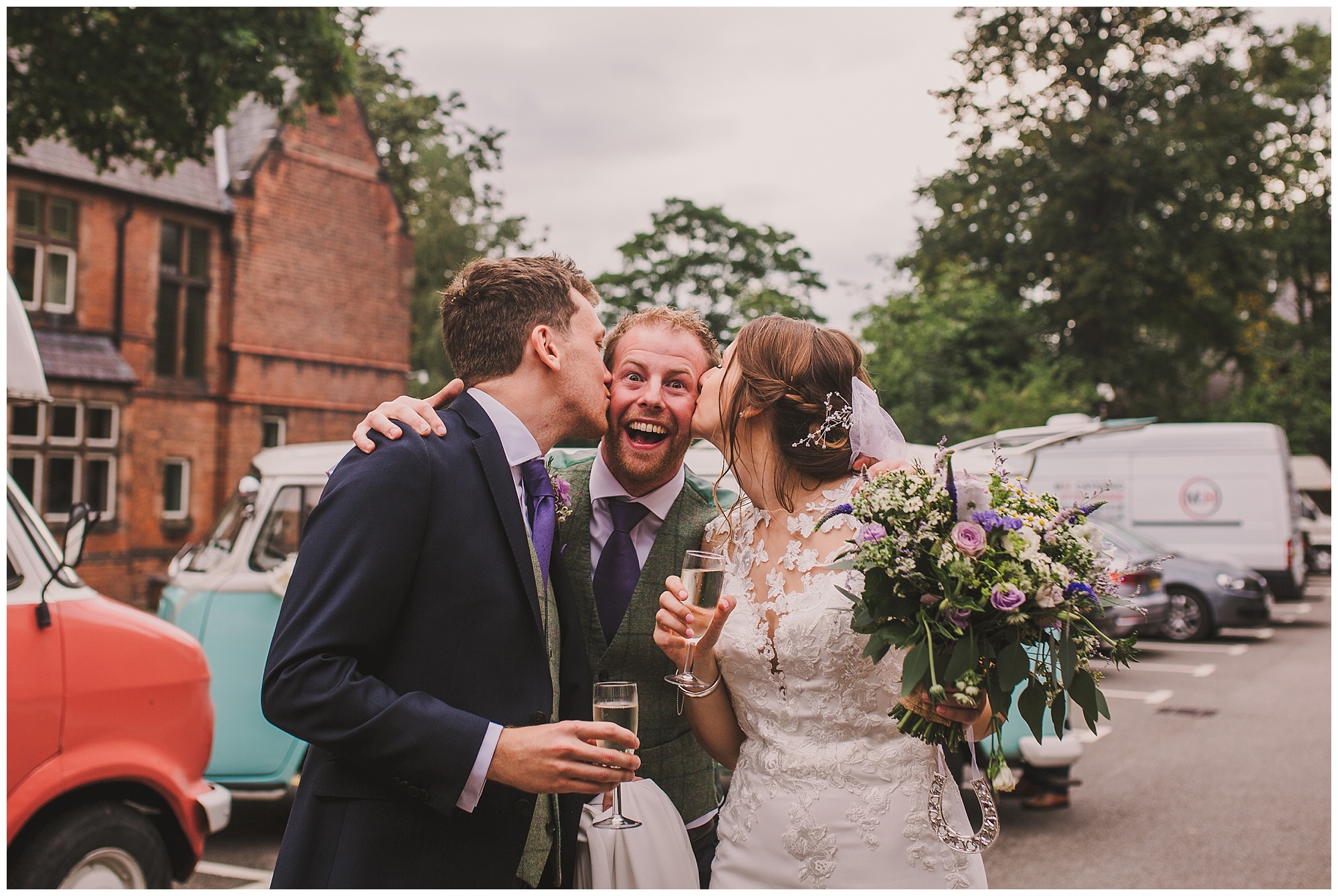 You’re here because your good friend asked you to be here, now is your chance to really talk about him and your friendship.

Tell some lovely (and funny) old tales that are about HIM and you, not just you. You’re telling his story from your perspective.

Don’t forget a lot of the guests don’t know you that well, and they’re here to hear about the groom.

I’d try and start off with one short but sweet story either about the groom either as a kid, or when you first met him. Move on to a more juicy and comedic story after this.

This is where you’ll be sure to get some good laughs and build up your confidence.  I’d definitely consider your audience here though.

If there’s a lot of kids I’d keep swearing down to a minimum – use it only when you really have to.  Getting all potty mouthed with 20+ kids running around just makes you look like a dick.

I’d definitely say give the groom a light roasting, keep stories about ex partners or one night stands out of it, unless the story is amazing.

Make sure to pop in there what a fantastic friend he is and what a great husband he will be ‘AWWW’. 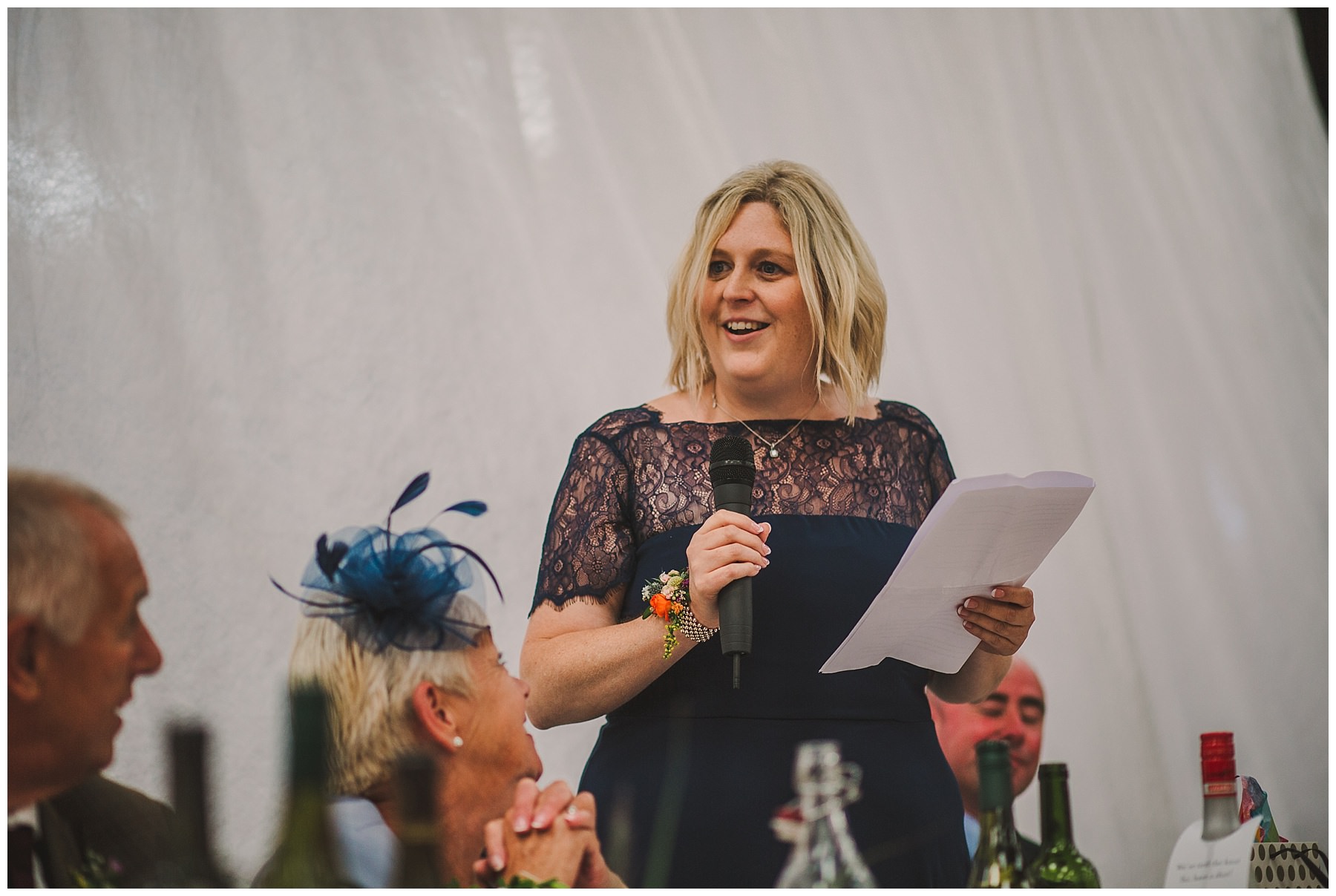 This is where you’re a super hero. Absolutely comment on how amazing the ceremony was, how well everything went and how incredible the room looks and be sure to big-up the effort (not expense) that has gone in to day.

Be sure to mention the people who have helped with the decoration and the build up to the day – wedding co-ordinator, florist etc. F

eel free to go off-script and ad-lib a bit here, it looks more authentic if you’re looking around at the room when you’re taking about it! 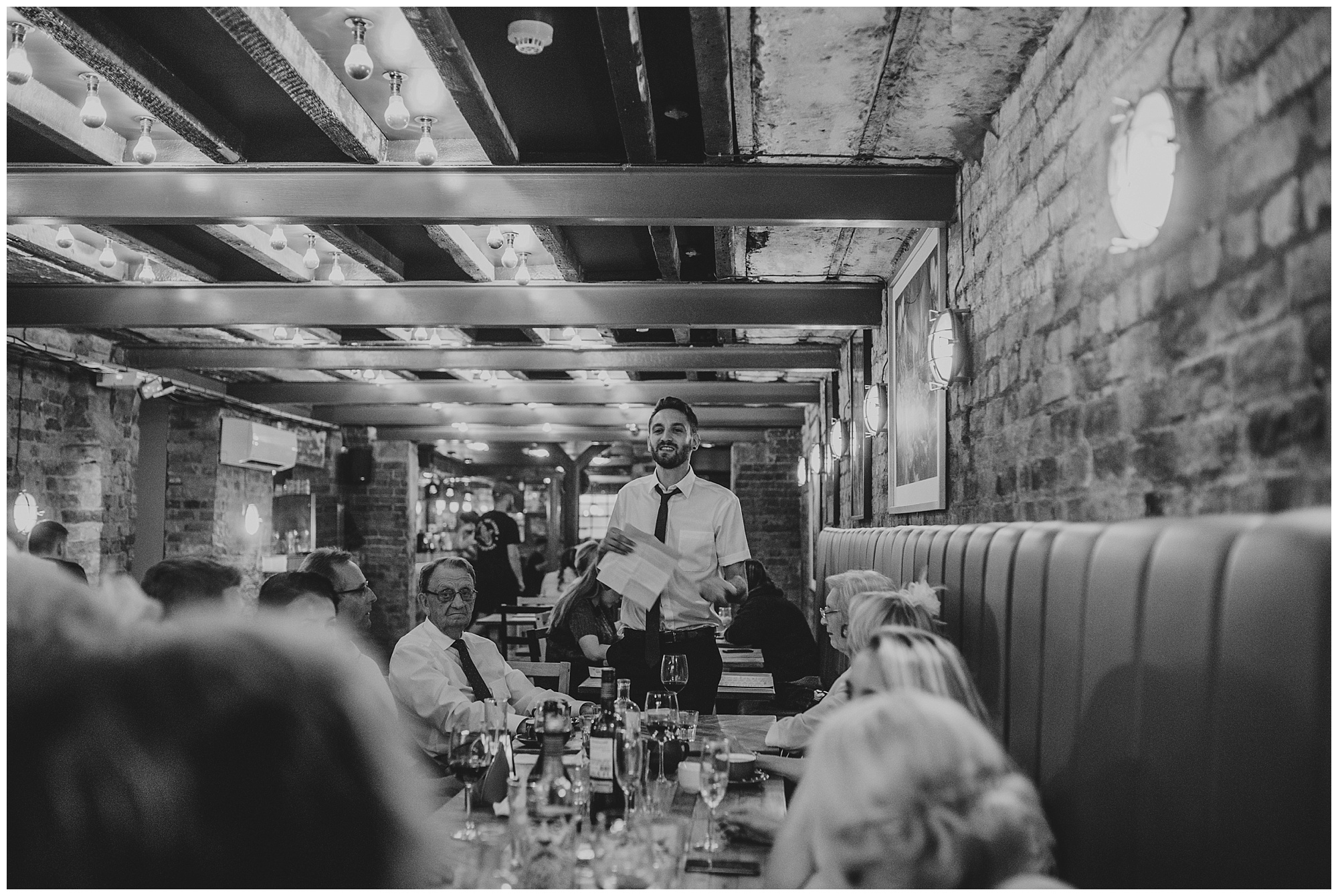 We’re getting there, we’ve moved on from comedy now, and we’re speaking more relaxed and authentically. Unless you know the bride super well, and know she can handle a joke today, I wouldn’t bother.

She’s put so much effort into today, don’t ruin it by telling her how ‘boss your tits look in that 3 grand dress’, She wont thank you for it. Talk about how much of a better person your friend has become since being with her.

Definitely throw a few compliments in there, but nothing too creepy or full on – I’d mention some nice stuff about her personality of achievements.

We’re feminists here at The Struths it’s not all about the dress and make-up you know! 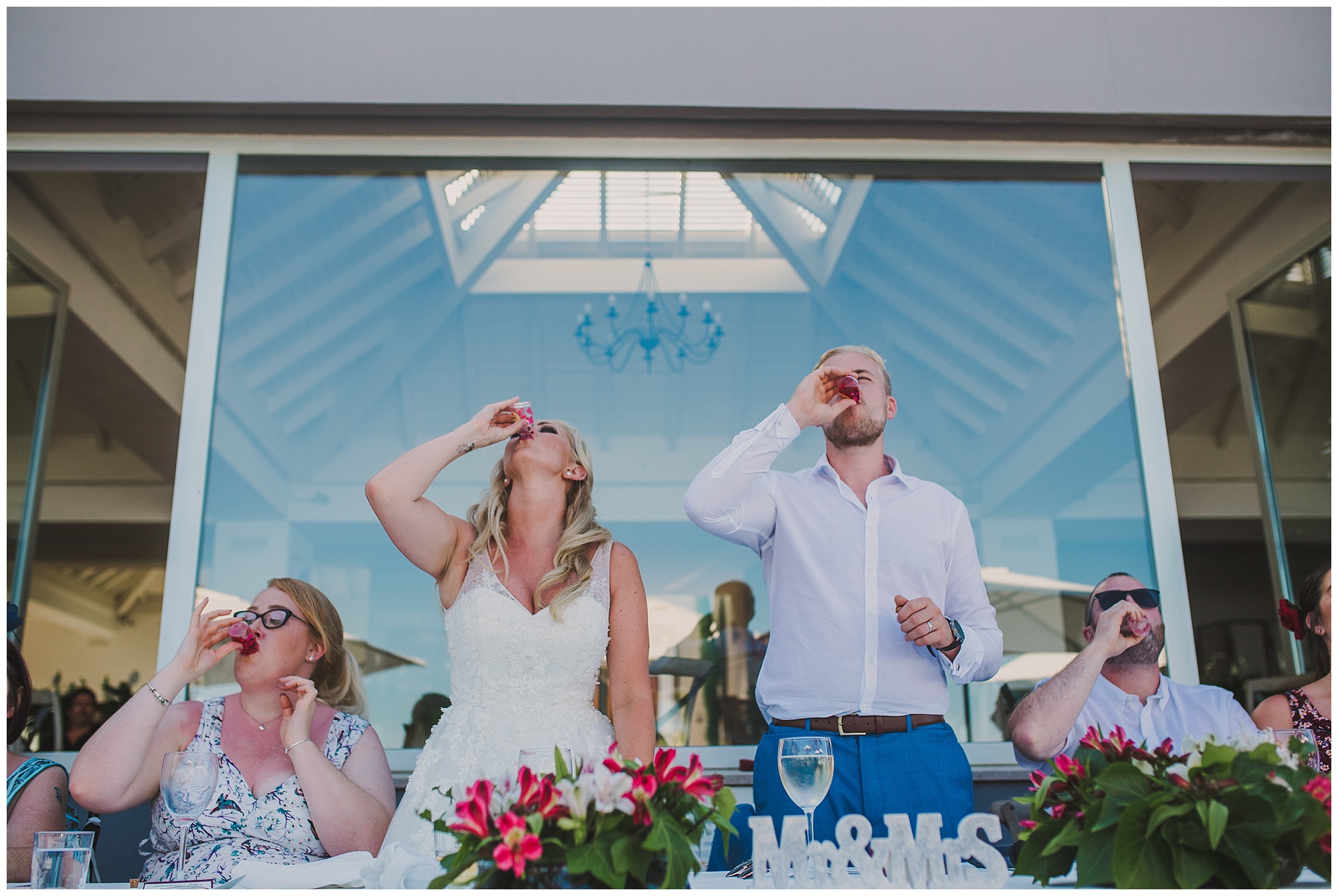 If you’re wanting to be a tear-jerker here then now your time. You’ve built up to it and you can absolutely bring it home, if you wanted to.

Not everyone wants a soppy bit in their best mans speech and it has to suit your personality and your relationship to your friend. But if you have a lovely old story from when you were kids and how he’s grown into a brother to you…

NOW is you time. Go for it! 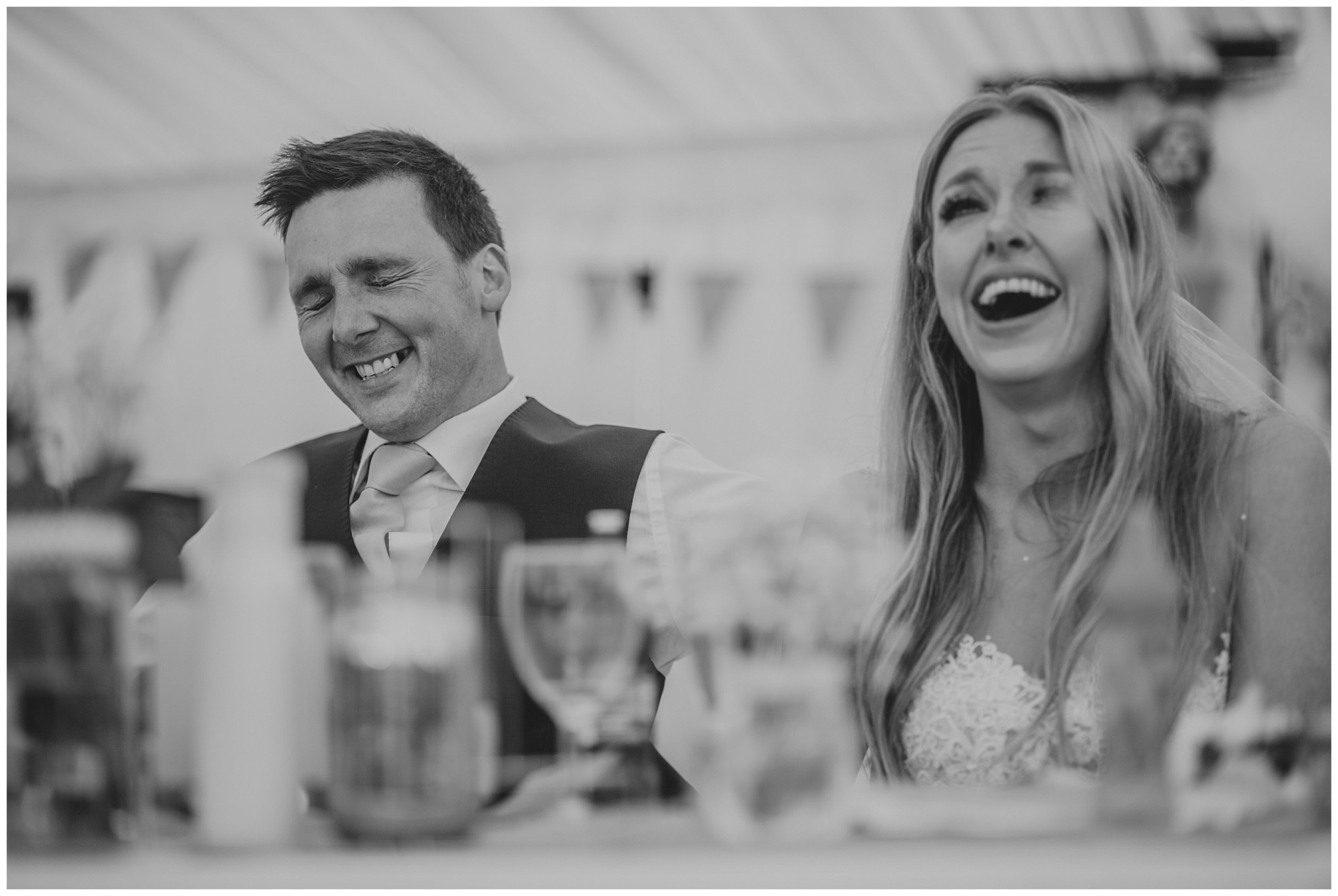 I’d summarise what you’ve already said to an extent. If you’re already married yourself offer the couple some advice about marriage. If not, ask the  couple’s parents or some other married couples for advice to give them.

Even consult with some quotes about marriage or relationships from literature. You can’t really go wrong with that! – but don’t try and transcribe some Shakespeare unless you know how.

If you wanted to add in a joke or two more, now is your time because you’re seconds away from the toast and you can sit down and knock back your champagne flute. 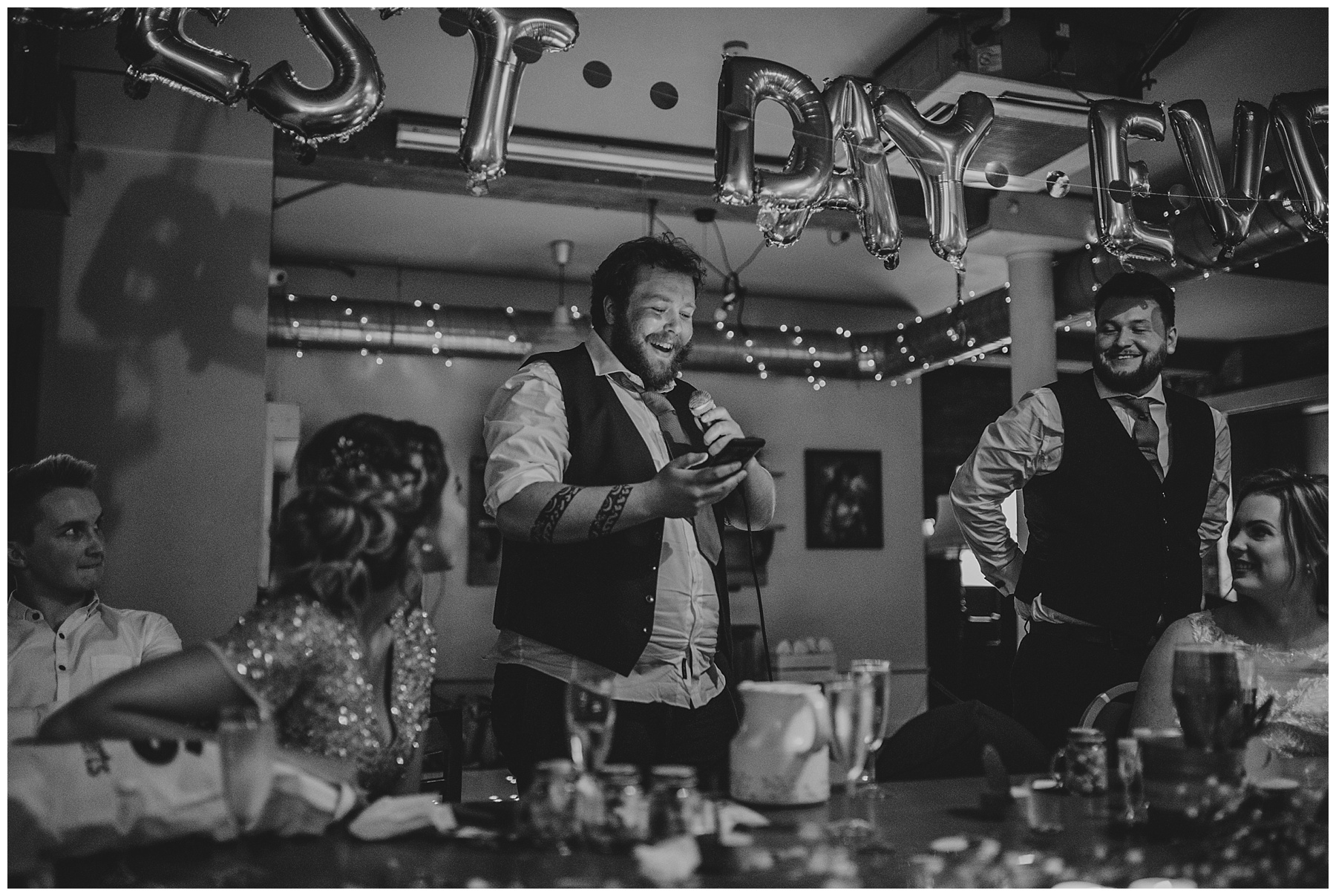 The best toasts are short and sweet, but that doesn’t mean that you should put less effort into them. A good toast should take as long as the rest of your speech for you to think of.

It should reflect the overall tone of your speech. If you’ve been heavy on the comedy, a sudden philosophical line about love can seem really out of place. And equally if you’ve been all about the wonders of love, cracking out a one liner seems a bit odd.

Make sure to close the toast with a lovely shoutout to ‘The New Mr and Mrs…..’

After a fantastic closer it’s time to take the praise for a fantastic speech. Get ready for the influx of requests for the Best Man position at their wedding!